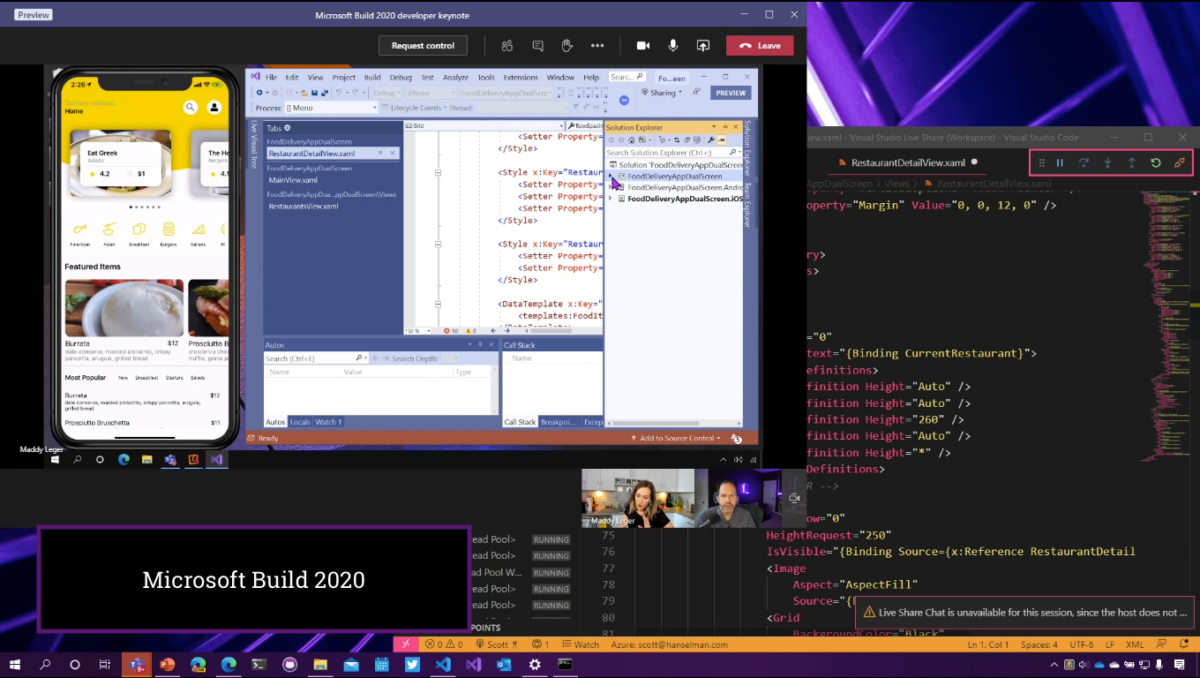 Onboarding remotely: it is not always a choice anymore due to the current COVID-19 situation. But, especially in these times, onboarding cannot be forgotten or cut back on. In our previous posts, we highlighted the importance of team and personal guidance to make the onboarding process a success. However, the onboarding process also needs to provide insights on how practical work is done. With the current state of the art, it is easy to share documents, code and projects digitally. However, every work culture has developed their own ways of working, and, while many companies might use tools and platforms such as GitHub, the way the work has been organized can vary a lot.

Moreover, how do you get to know a codebase of an existing project you have been assigned to? In this case, personal guidance is also the answer, with a little help from Visual Studio Live Share.

Visual Studio is an IDE (Integrated Development Environment) created by Microsoft that is used to develop all kind of applications including Desktop, Web and Mobile. We also have a light IDE called Visual Studio Code: on one hand, it is limited, but on the other hand it is really flexible and extensible. Both IDEs support this feature called Live Share, which is integrated in the regular version and works as an extension in Visual Studio Code. With Live Share, you can work on the same project at the same time with your colleagues. This is not just limited to coding on the same page, but also includes debugging together, sharing terminal (command line) and servers (localhost).  In the last Microsoft Build event (link to previous blog post) a new feature was announced: audio calls.

Currently, the most used practice in companies outside of this new feature is to share your screen in a voice call, which works well for certain onboarding processes like showing how work is organised. However, it is not interactive since there is just one person in charge of making changes in the projects and, therefore, less suitable for getting a new team member involved in a new codebase. With Visual Studio Live Share, all of the attendees are able to modify the documents. Moreover, if you don’t have Visual Studio installed, you can still share your session since it is compatible with Visual Studio Codespaces, which works in the Azure cloud and can be used from the browser.

Do you have a new mate in your company? You can work together for the first week, it a very effective way to show how your work is and also, introduce yourself since you can do audio calls now.

The onboarding process is challenging, especially when it is remote. How do you ensure a new colleague feels at ease, accepted and integrated within the work environment when there is always a screen in between? It provides some challenges, but onboarding is an extremely important element of creating the initial bonds and first impressions. Therefore, it requires effort and energy, but remote also provides new opportunities like the additional learning features Visual Studio Live Share has. Other parts, such as getting to know the team and guiding the new colleague through their first weeks, are vital to include as well.

How have you been handling onboarding remotely?